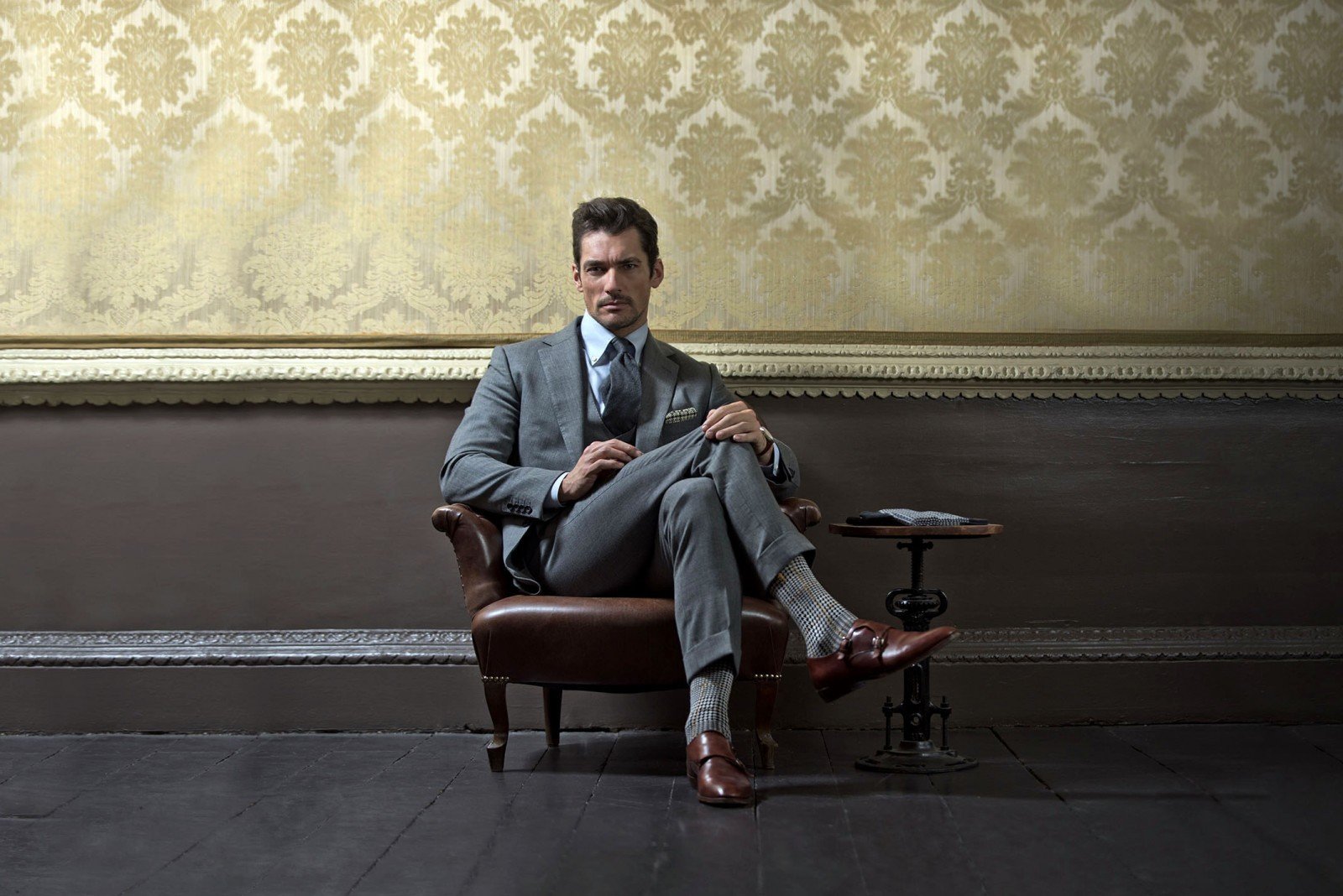 Your first impressions are made in just seven seconds and are 93% non-verbal.  So how can you make sure to send out the right signals?

According to research, 55% of first impressions are based on our body language, only 7% on what you actually say, and they take just seven seconds to form. This week’s style tips are not even about clothing; we’re going back to basics to look at how we style our bodies. We all do it, projecting a version of ourselves in daily life and first encounters, whether deliberately or unconsciously. We give away clues about our mood and ourselves as individuals.

There are over 1000 different documented standing and sitting positions, but which one is right for you?

Body language is complicated. Robert Phipps, one of the UK’s best known body language experts and author of ‘Body Language, It’s What You Don’t Say That Matters’, suggests there are some 1,000 different standing and sittings positions that have been documented, but stresses that one’s sitting position is constantly shifting given the context and flow of the conversation.

Your sitting positions are constantly shifting given the context and flow of the conversation.  (David Gandy talking with stylists Andrew Weitz and Joe Ottaway)

Leaning in, hands on knees, may suggest attentiveness. But it could also signal one’s desire to speak. The body language of sitting is even reduced or expanded depending on the seat one is sat in (crossing legs on a bar stool is not so easy).

So how should you sit during that all-important interview or first date?

Well we were surprised to learn that in conversational situations you should try to avoid crossing your legs (or your arms for that point) as it can suggest defensiveness or an unwillingness to be open to what your interlocutor is saying.

We would also dissuade you from the man’s power play known as ‘manspreading’ aka the crotch display. You will seem confident, but almost definitely too much so.

We suggest playing it safe with the classically confident ‘both feet on the ground’; neutral, powerful, confident but not arrogant. You’ll take up an assertive amount of space but not too much, showing you have nothing to hide and revealing just a hint of carefully chosen sock. Just right.

Both feet on the ground: neutral, powerful, confident but not arrogant.  Leaning in shows attentiveness or an intention to speak.

Don’t slouch. Nothing says you’re bored or uninterested quite like this faux pas. You wouldn’t say it out loud to your boss or date, but you’re body can say it loud and clear for you.

Smile, don’t scowl. Brain scans have actually proved that we trust smiling faces more than others.

Don’t cross your arms… or your legs! These physical barriers can suggest that you are not open to what someone is saying.

Don’t avoid eye contact… or make too much! In a similar way to cross-legged vs manspreading, this one’s a question of striking the right balance.

Don’t nod excessively. It looks like you’re desperate for approval.

Be natural.  Above all else, don’t try a position that does not feel comfortable for you.

Our final tip for first impressions?

Although it’s not body language related, make sure you have some smart and tasteful socks. If you get all of the above right and your sitting position reveals a touch of beautiful sock, it could be the attention to detail that’s the difference between make or break in that crucial encounter!

Looking for more style tip features?  Read them all from the beginning here