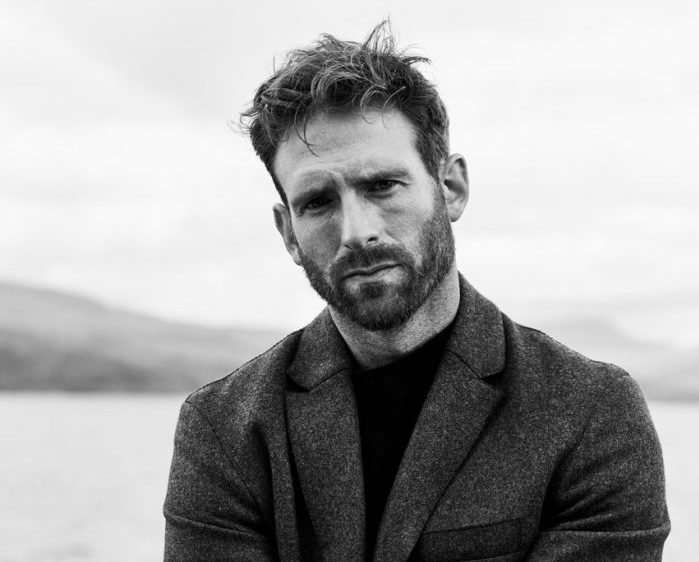 We sit down with Craig McGinlay, who stars in Netflix’s Knightfall and Amazon Prime’s Outlander, to discuss his career so far, his sense of style and his favourite London Sock Company designs for the red carpet.

Can you talk a little about your background? How and why did you become an actor?

I used to coach professional athletes, and ahead of the Glasgow 2014 Commonwealth Games, I was spotted and asked to play a weightlifter in an advert. As a result of that, a director approached me to play the lead in a short film, which went on to win an award at the film festivals in LA and Calgary.

I was cast as one of the knights of the roundtable in the Guy Ritchie fantasy epic King Arthur: Legend of the Sword, after I appeared alongside David Beckham in a major whisky commercial. For that role, I learned how to horse ride, sword fight and trained really hard in the gym to gain muscle mass to play Sir Percival. It was an incredible experience!

Since then, I have been fortunate enough to be steadily working on shows including Knightfall and Outlander. At the moment, I’m working on a film in India, which is due for release on July 31st 2020, playing a late 19th century British Soldier as one of the two lead villains in the film. It’s been an incredible experience shooting in India with an amazing cast and crew. I always try to do all my own stunts and I love doing it. The stunt team working with us work on films like The Fast and The Furious, so I have been in good hands.

As an actor, how does what you wear as a character play a part in each role? Is that something that is important to you?

Yes, 100 percent. I have played mostly period roles so far and I think the look is crucial. I have grown long hair for Outlander and Knightfall, and a beard for King Arthur, and have bulked up in the gym for some roles. This plays a massive part in helping you become the character on top of the amazing job the costume departments do. They are integral ingredients in a film.

How has your job influenced the way that you dress?

Moving into acting, I’ve become aware of fashion a little bit more. I come from a rugby-playing and sports training background, so it’s a change from wearing shorts and a hoody to work to now being invited to red carpet events. I’m no fashion guru but I have learned as I go, and I have picked up tips from some excellent stylists over the last few years. 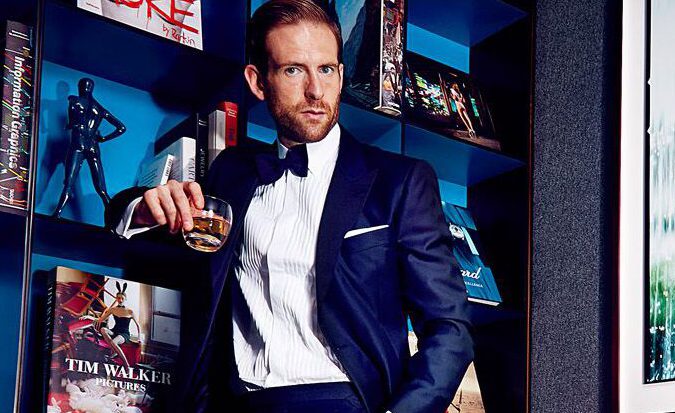 How would you describe your sense of style?

Overall, I stick to timeless looks and styles. I typically dress in classic blue, black, grey, but with London Sock Company designs now in my wardrobe and good stylists telling me to try various colour schemes, I am now a little more adventurous! However, I do feel most comfortable in the classics.

Do you have any go-to brands or trusted items of clothing that makes you feel confident and comfortable?

I love my Hugo Boss suits. They have been immensely supportive of me, often dressing me for events, and I always wear London Sock Company styles with them! If I am dressing more casually, I like Matchless leather jackets. I love the fit, it’s very comfortable and cool clothing.

What’s next for you? Do you have any dream roles?

My current project in India is wrapping up soon. I have six scripts to look at, so we’ll have to see! As for my dream role, it has to be James Bond!

And finally, what is your favourite London Sock Company style?

There are so many good ones, but Rich Burgundy is my favourite. The Spot of Style in Black goes so well with a black-tie suit, which is perfect for the red carpet.