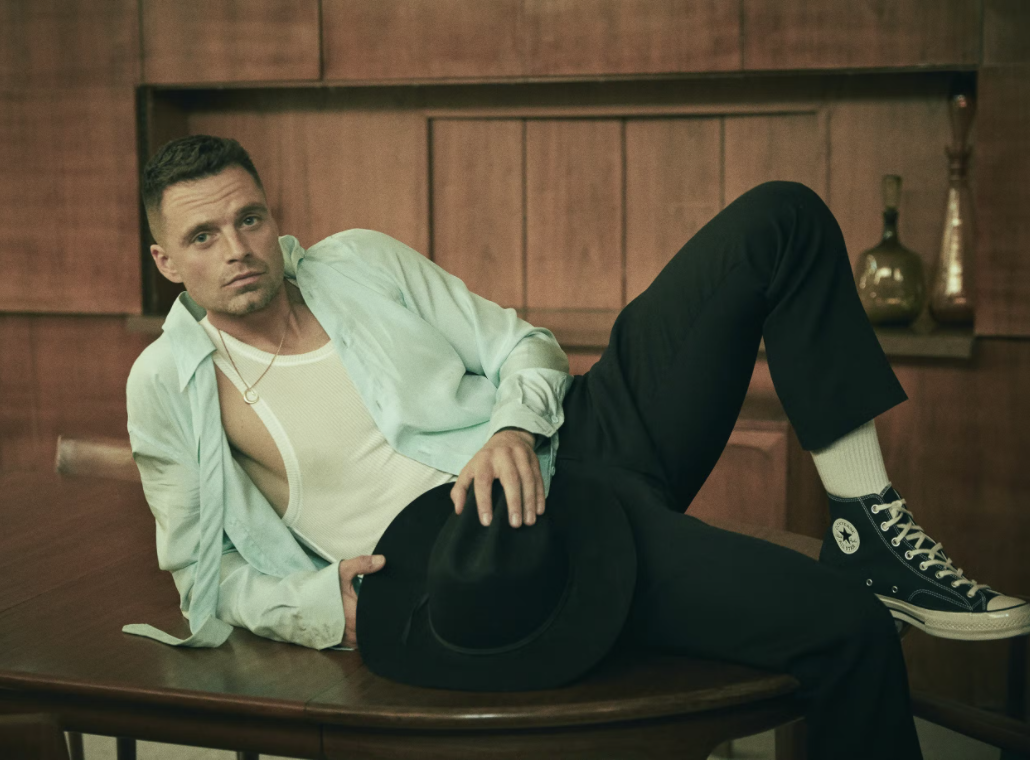 We have long been fans of actor Sebastian Stan. As well as his undeniable acting prowess in films such as I, Tonya and Captain America, he is known for his suave style. Sharp suits, bold tones, and eye-catching accessories are all key features of Stan’s wardrobe.

And Stan’s stylist of choice? Michael Fisher, friend of London Sock Company and the designer of The Block Collection – his exclusive sock collaboration with us. Fisher’s penchant for bold colours and playful yet polished looks are just two of the reasons that he has developed a reputation as a style guru and the go-to stylist for leading men in Hollywood. His clients turn heads for the right reasons.

Fisher’s styling of Stan took centre stage throughout the recent press tour of Pam & Tommy, the hit television show that focused on the lives of Pamela Anderson and Motley Crew’s Tommy Lee. Stan was featured in several print features, appeared on chat shows and press events – all while donning a top selection of London Sock Company’s styles. A cover spread in L’Officiel with an accompanying interview saw Stan wear both Simply Sartorial in Cream and our Retro Stripe in White.

Stan’s look within the LA Times is a prime example of how he embraces the power of colour. A vision in purple, his look packs a visual punch with a light purple suit and Simply Sartorial socks in Lavender. With this ensemble, he and Michael Fisher have thrown out the rulebook of what are the expected shades of formal wear, and the look is completed with a casual white trainer. A masterclass in a modern, tailored look for men.

You can learn more about our collaboration with Michael Fisher here. Want to channel Stan’s confident colour? With 27 shades and counting, Simply Sartorial is the sock collection you need.

Got a discount code?
Total£0
Continue shopping
Your cart is empty. Shop now