Why socks are the new style power move for men 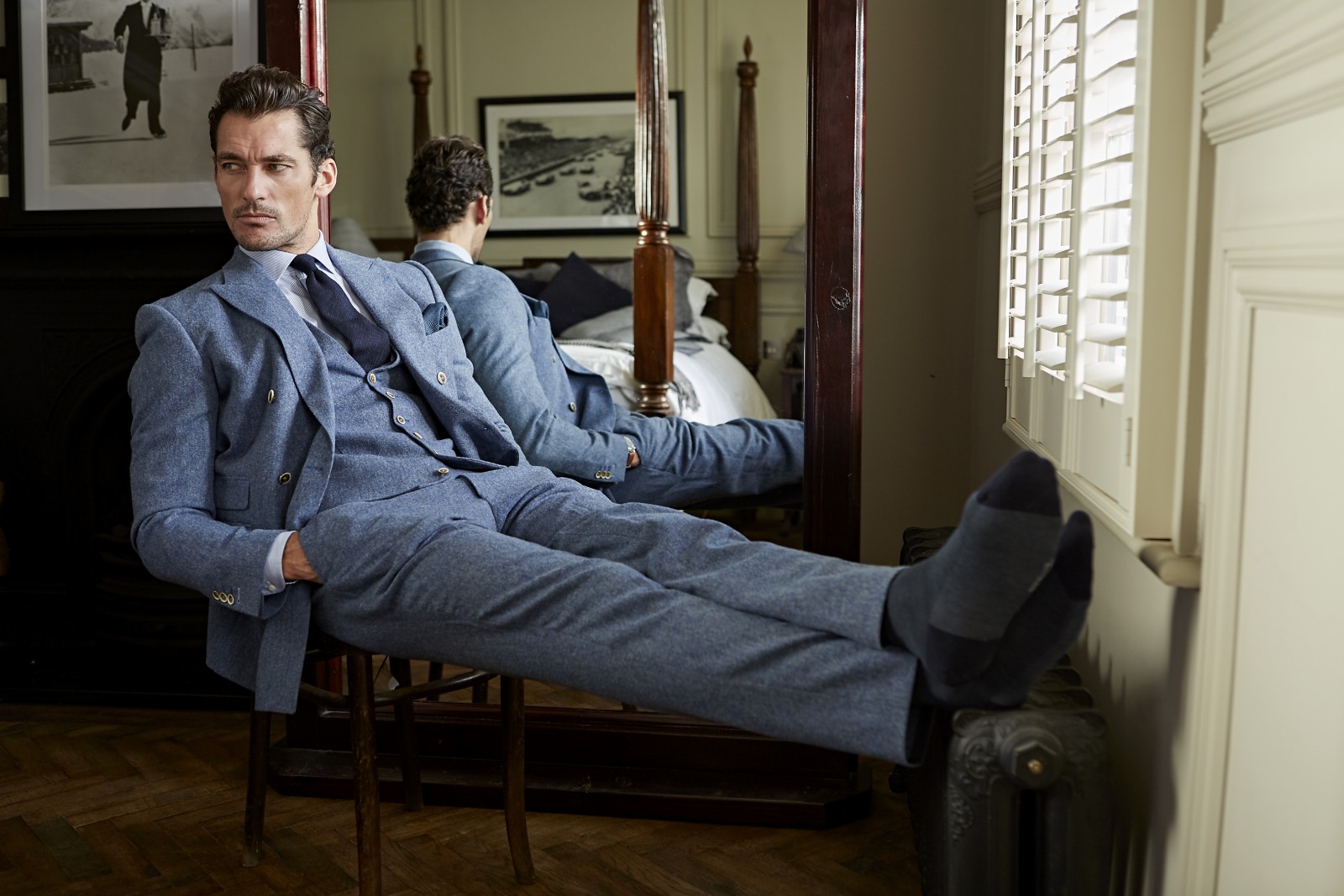 Flashback to the nineties: it was all about power suits and ties. Boardrooms were bastions of briefcases and business attire, where your tie was the primary way to express your professional prowess and personality, make a statement and set the tone for your day.

Today, the workwear scene is a little different. Last year, a study (curiously conducted by Travelodge) revealed that only one in 10 British men wear a suit to work these days. Seven out of 10 said that they prefer to dress casually as it allows them to express their personality better, while 42% of those surveyed said that the tie is dead.

How to elevate ‘smart casual’?

While traditional ‘power dressing’ may be a thing of the past for most, the way you dress at work still has the ability to influence the way you are professionally perceived and your own confidence. But when the dress code in most offices is simply ‘smart casual’ or even just casual, it can be hard to know how to inject some professional personality.

Enter the humble sock, the fastest-growing apparel category in menswear today. Typically men’s socks have been limited to fifty shades of grey, navy or black. At London Sock Company we saw this sea of monochrome ankles in the city as a unique opportunity for us all.

British model David Gandy became an investor and ambassador for LSC in 2014.

“We launched London Sock Co. to help gents add a bit of personality in the workplace,” says Dave Pickard, co-founder at London Sock Co. “The professional uniform for men has moved away from suits and ties to chinos and shirts, even jeans for many of us. As an everyday essential, men’s socks seemed to be stylistically neglected. We wanted to change this. We firmly believe that pulling on a colourful, stylish pair of socks as the final flourish of your outfit – whether that’s jeans, chinos or even a suit – has the ability to transform both your style and your state of mind.” 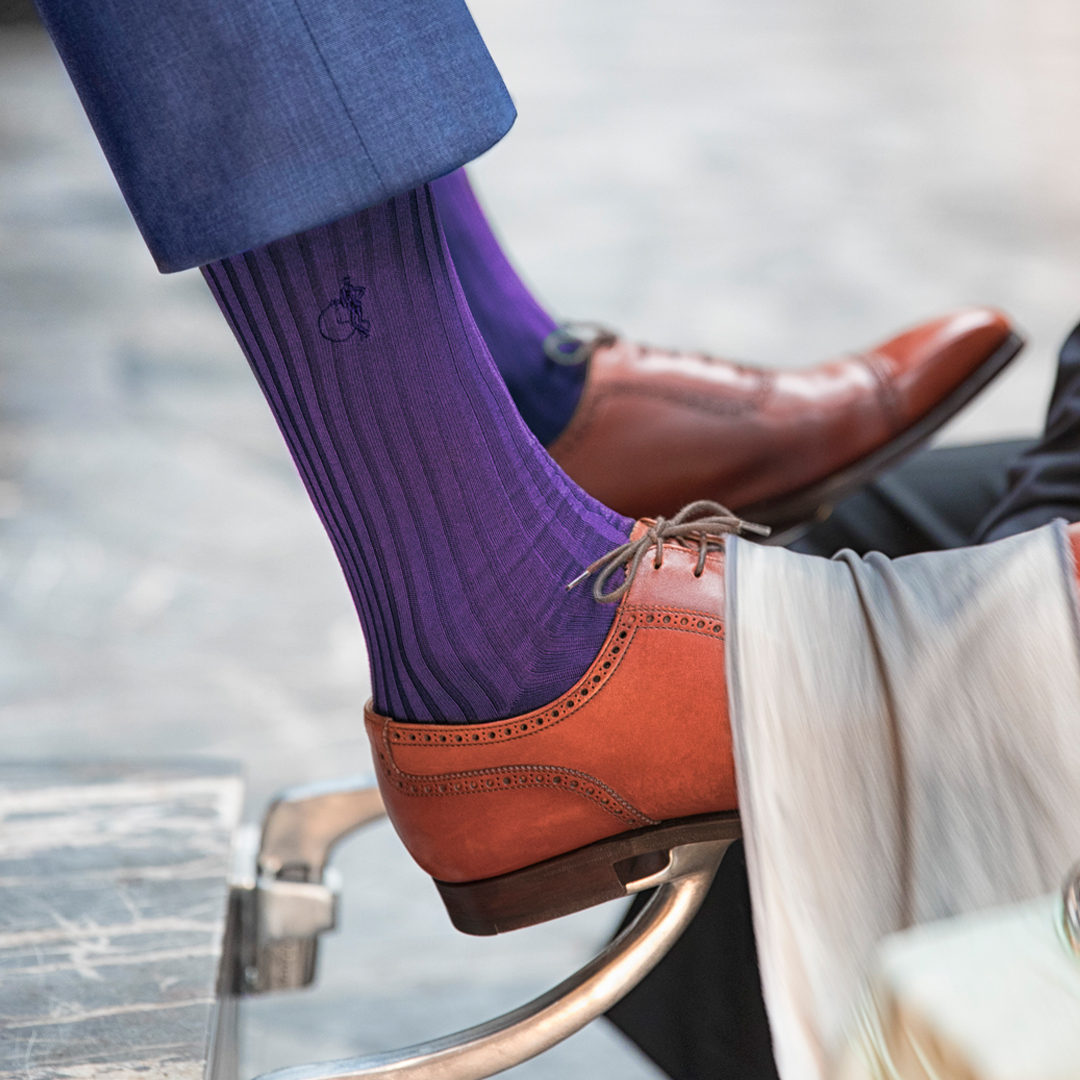 Get noticed for the right reasons

Since day one, London Sock Co. has focused on creating socks that are timeless, stylish and high quality. Socks that will instantly upgrade your look and give your confidence. Socks that will get you noticed for the right reasons.

“We aren’t ‘fashion guys’,” says Ryan Palmer, fellow co-founder of London Sock Co. “For us style isn’t about being on the front row at fashion week or following trends. It is about the confidence it can inspire.”

In a working environment powered by personality and seized by daring, stand out from the crowd and embrace the ability to show who we are. It’s generally accepted that you can tell a man from his shoes. The truth is, you can tell his personality by his socks. Together the feet have become the measure of who we are.

“Men are slowly realising that they can have a bit of fun with sock styles without becoming the ‘novelty sock guy’,” says Pickard. ” You don’t have to wear a suit to look sharp, professional and most importantly, show that you are out to be successful.”

So tomorrow when you’re reaching into your sock drawer, what colour will you choose, and why?

Founded in late 2013 by friends Dave Pickard and Ryan Palmer, London Sock Company delivers quality, stylish socks, to the thousands of men in the UK and around the world.